Both Cathal & I could easily be considered gear junkies, spending almost as much time buying and researching gear as using the stuff.

After we choose to undertake the belt, we both almost imminently started looking at specific gear for the event. Our aim was to the find the lightest and best quality gear we could. For the actual event, I’m pretty sure we both had the smallest bags (42L and 45L) and had some of the lightest bags. We simply didn’t really want to have to carry that much!

The most important thing I would say about packing for the Belt (or any adventure) is to get the balance between carrying what you need and not leaving anything you really need behind. For the whole 10 days on the road the only thing I carried and did not use was a buff. The second most important thing I would say is get into a minimalist mind set. You have to be aware that every gram in your ruck sack  adds up. There is a huge difference between carrying 9kg and 16kg for 10 days…

So what were the main items we had with us? Here is a full list (or so) of all the things we did bring with a bit of detail about each:

And then we each our clothes:

Here are some photos of some of the different setups we used with the tarp on our trip: 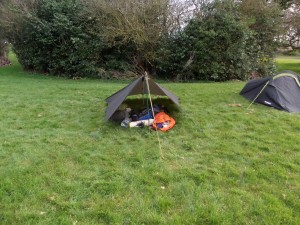 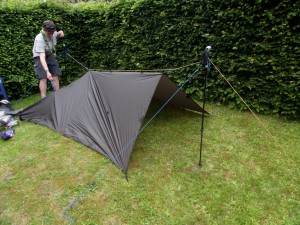 Here is also a bit of chart with a rough breakdown of how much it all weighed: 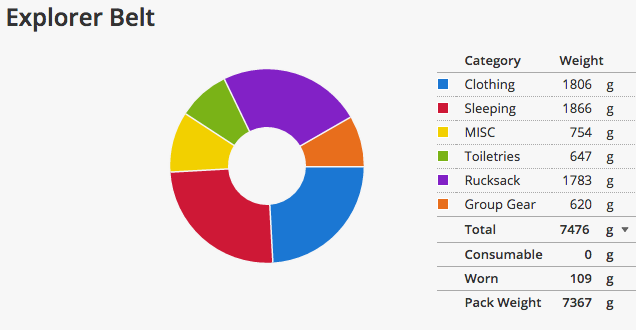 That should all give a good outline of the things we brought, it’s hard to cover every detail but if you do have any questions, please feel free to give us a shout and we can answer them for you!